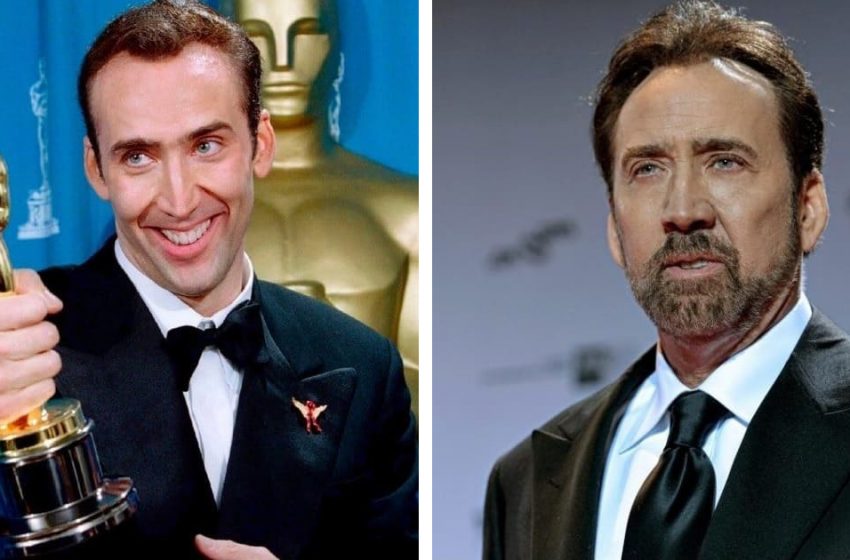 The famous American actor Nicolas Cage is 58 years old. Today his filmography consists of about 100 roles, most of them — the main
ones. But his name is more often mentioned in the media not in connection with his creative achievements.
His real name is Nicolas Kim Coppola. The famous director Francis Ford Coppola, who shot The Godfather, is his uncle.
His first success came to him at 19 years old, after his role in the movie Valley Girl. At the beginning of his career, he starred in projects
of his famous uncle, but their cooperation did not last long.
About himself, the actor says: «I like to surprise the audience and myself. I try to play as many roles as I can and as many different
characters as I can. My goal is to try all types of characters, all styles of cinema: action films, romantic comedies, art films.»
On the set of TheKiss of the Vampire, Cage, posing as a mad journalist, ate in front of the camera a live cockroach. And in order to play the most believable way to a drinking hero in the movie Leaving Las Vegas, the actor drank nonstop for 2 weeks. His friend filmed it on video, and then he played on the set of his behavior in this state.
After Nicolas Cage won an Oscar, his royalties increased tenfold, and by the early 2000s he has become one of the most popular,
successful and wealthy actors in Hollywood — his capital was estimated at 150 million. However, his millions evaporated in just a few years. Large sums of money he spent on charity, helping children affected by military conflicts.
The actor also spent huge sums on exotic collections, which were considered the most extravagant in Hollywood. He acquired a
dinosaur skull, which turned out to be stolen from a museum in Mongolia, and the valuable relic had to be returned. Cage gathered a
collection of 400 vintage editions of comic books, which were later bought for $ 1.6 million.
And he took and met all her requirements, and she had to agree to get married. The wedding was planned to play in Cuba, but during a
flight delay, the girl was afraid of the recklessness of this step and ran away from the airport. The actor did not grieve long — the next
year he had a new chosen one, actress Christina Falton, who soon gave birth to their son.
A few years later, fate brought Cage back together with Patricia Arquette, and this time the girl made him a proposal herself. In 1995
they got married, but the marriage lasted only nine months, although they were officially divorced only in 2001.
The second wife of the actor was the daughter of the legendary Elvis Presley. By the time she had already had two marriages, including
one with Michael Jackson, and she was raising 2 children.
Lisa said: «We had a lot in common, and I admire his boldness because he separated from his family name and started a career on his own. He and I discovered some rebellious spirit in each other.» But over time, the couple began to clash. And after 109 days after the
wedding the couple separated.
In 2019, the actor married for the 4th time to a girl who was 32 years younger than him. Cage drank heavily during the marriage, and
when he came to his senses, he demanded an annulment on the 4th day. In February 2021 he again committed to marriage — this time
with a 26-year-old Japanese.