Ancient-Looking Arctic Shark Spotted in the Caribbean, Hundreds of Miles from Usual Habitat 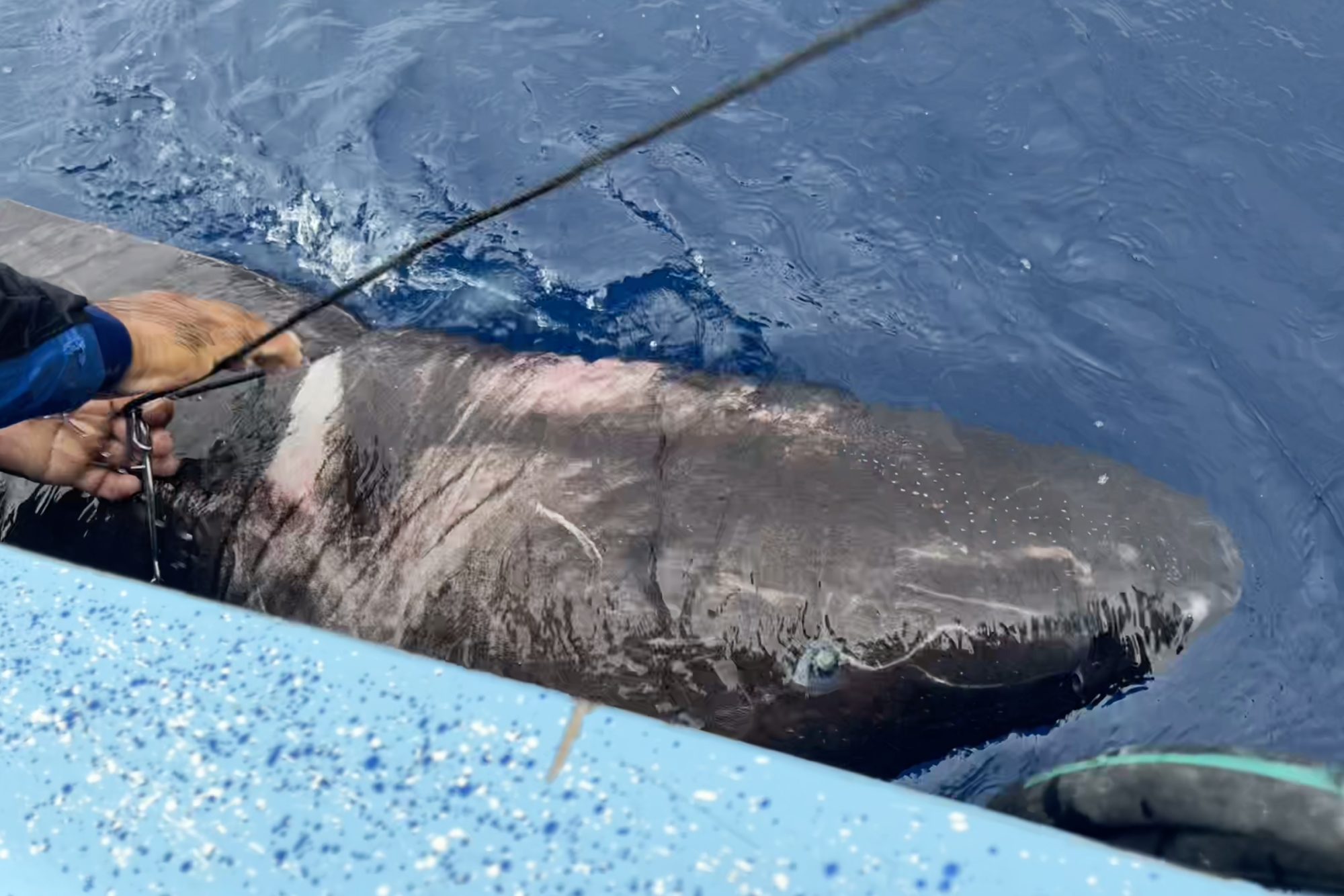 Experts believe the find could be a Greenland shark, a species that can live for hundreds of years and typically sticks to freezing-cold waters
Devanshi Kasana was working with local fishers in Belize, tagging tiger sharks when something caught her attention.

The problem? Sleeper sharks are known to inhabit waters hundreds of miles away from the Caribbean Sea.

“At first, I was sure it was something else, like a six-gill shark that is well known from deep waters off coral reefs,” Kasana said in the release. “I knew it was something unusual, and so did the fishers, who hadn’t ever seen anything quite like it in all their combined years of fishing.”

The “sluggish creature” — as described in FIU’s release — seen by Kasana had a blunt snout and small pale eyes. “It looked old — ancient, even — and more like an elongated, smooth stone that had sprung to life” than an actual shark, the release added.

Looking for help in identifying the creature, Kasana texted her Ph.D. advisor, Demian Chapman, who is the director of sharks and rays conservation at Mote Marine Laboratory & Aquarium in Sarasota, Florida.

Never miss a story — sign up for PEOPLE’s free daily newsletter to stay up-to-date on the best of what PEOPLE has to offer, from juicy celebrity news to compelling human-interest stories.

Greenland sharks are typically slow-moving, slow-growing sharks that live in the cold waters of the Arctic and North Atlantic oceans. Scientists speculate that the animal’s slow movements contribute to its long lifespan. Experts estimate that Greenland sharks may live upwards of 400 years.

Little else is known about the species, meaning there is a lot of speculation as to why this species was spotted outside its usual habitat. Perhaps, scientists proposed, Greenland sharks live in the super-deep, colder waters of the oceans the world over, not just near the Arctic.

Scientists will continue studying the shark’s appearance in Belize while working to increase protections against shark fishing in the area.