Chris Evans Says His Pet Dodger Is ‘a Cut Above the Average Dog,’ But Admits ‘I’m Probably Biased’ 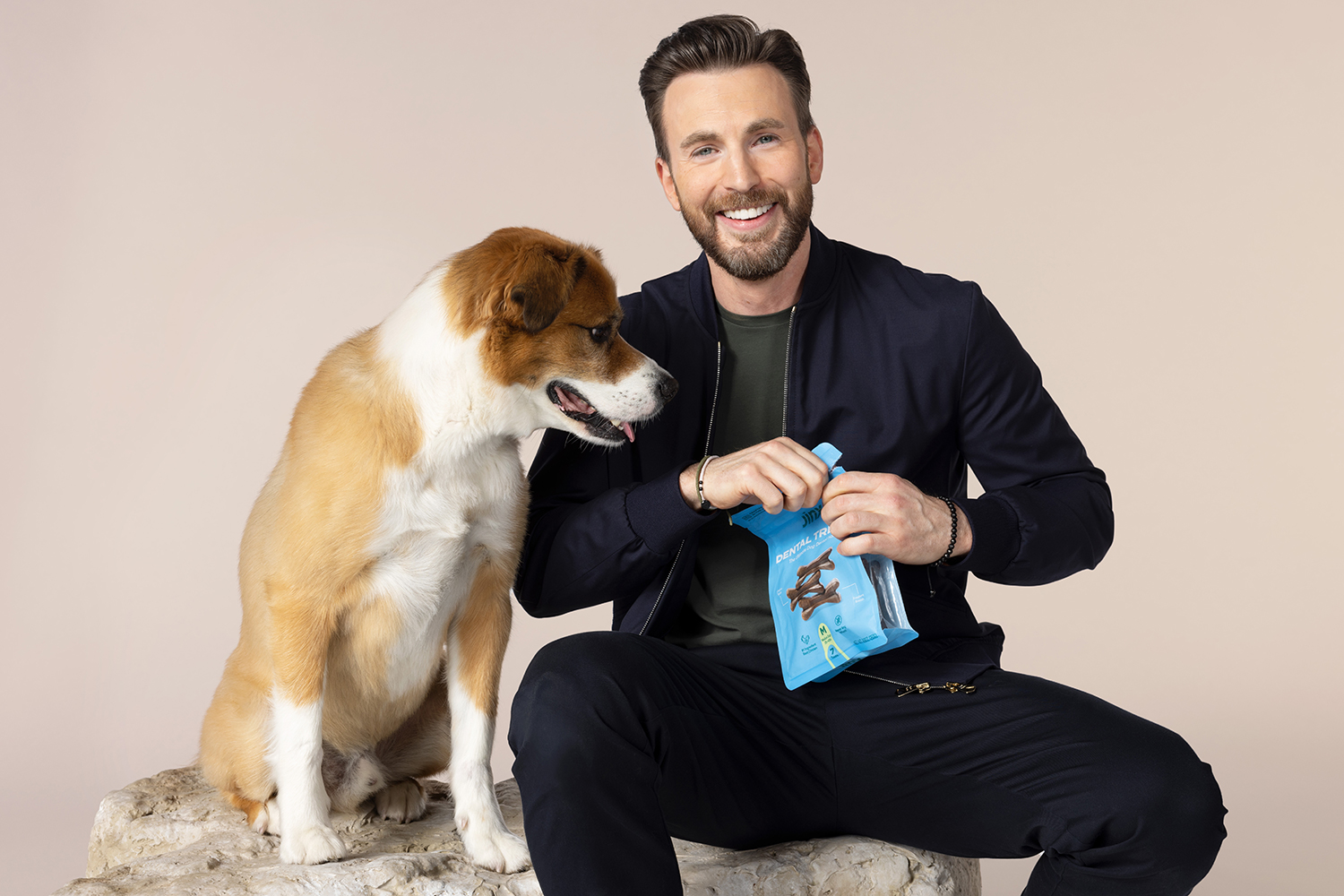 While chatting with PEOPLE about partnering with the dog food company Jinx, the actor, 41, also opened up about his lovable canine companion Dodger and how he is a pet unlike any other.

Detailing how Dodger, a 7-year-old boxer mix, is “such a good friend,” Evans tells PEOPLE exclusively, “I’m probably biased, but I would say that Dodger is a cut above the average dog.”

“I mean, he’s just such a good guy,” the Avengers star continues, noting that Dodger has all the important qualities of a good pet, including “companionship,” as well as being “loyal,” “fun,” and “honest.”

“He’s just a really happy guy,” adds Evans. “[Dodger] makes everyone around him so happy.”
Evans adopted Dodger in April 2017 while filming the drama Gifted.

“One of the last scenes we were filming was in a pound, a kennel,” he previously told PEOPLE shortly after adopting the pup. “I foolishly walked in, and I thought, ‘Are these actor dogs, or are these real up-for-adoption dogs?’ And sure enough, they were, so I was walking up and down the aisles and saw this one dude, and he didn’t belong there.”

“I snagged him, and he’s such a good dog,” Evans added at the time. “They aged him at about one, he acts like a puppy, he’s got the energy of a puppy, he’s just such a sweetheart, he’s such a good boy. He loves dogs, he loves kids, he’s full of love.”
In the years since, Dodger has become a mainstay on Evans’ Instagram page, where the The Gray Man actor loves sharing solo pics of his pup and selfies with the canine.

“I need to have something to put on mine,” Evans adds. “… Not only would that be too much work for me, but I wouldn’t have enough stuff for my own page.”
As part of Evans’ partnership with Jinx, he will play “an active role in the business and creative direction of the brand,” according to a press release.

“You’re always looking for things like this in my profession, finding companies or products that align with your passions, and obviously everyone knows how much I love dogs,” Evans tells PEOPLE. “Meeting with everyone at Jinx, they not only share the passion, but they have a fantastic product that my dog loves, so it was kind of a no-brainer.”
Featuring a product line that includes kibble and food toppers, as well as treats and dental chews, Jinx prides itself on its “transparent approach” to ingredients, per the brand’s release, by using real, nutrient-rich superfoods that are free from preservatives and fillers.

The brand — backed by other celebrity investors, including Halsey, Odell Beckham Jr., Zachary Quinto, and Trevor Noah — will also release a commercial campaign with Evans sometime later this year.