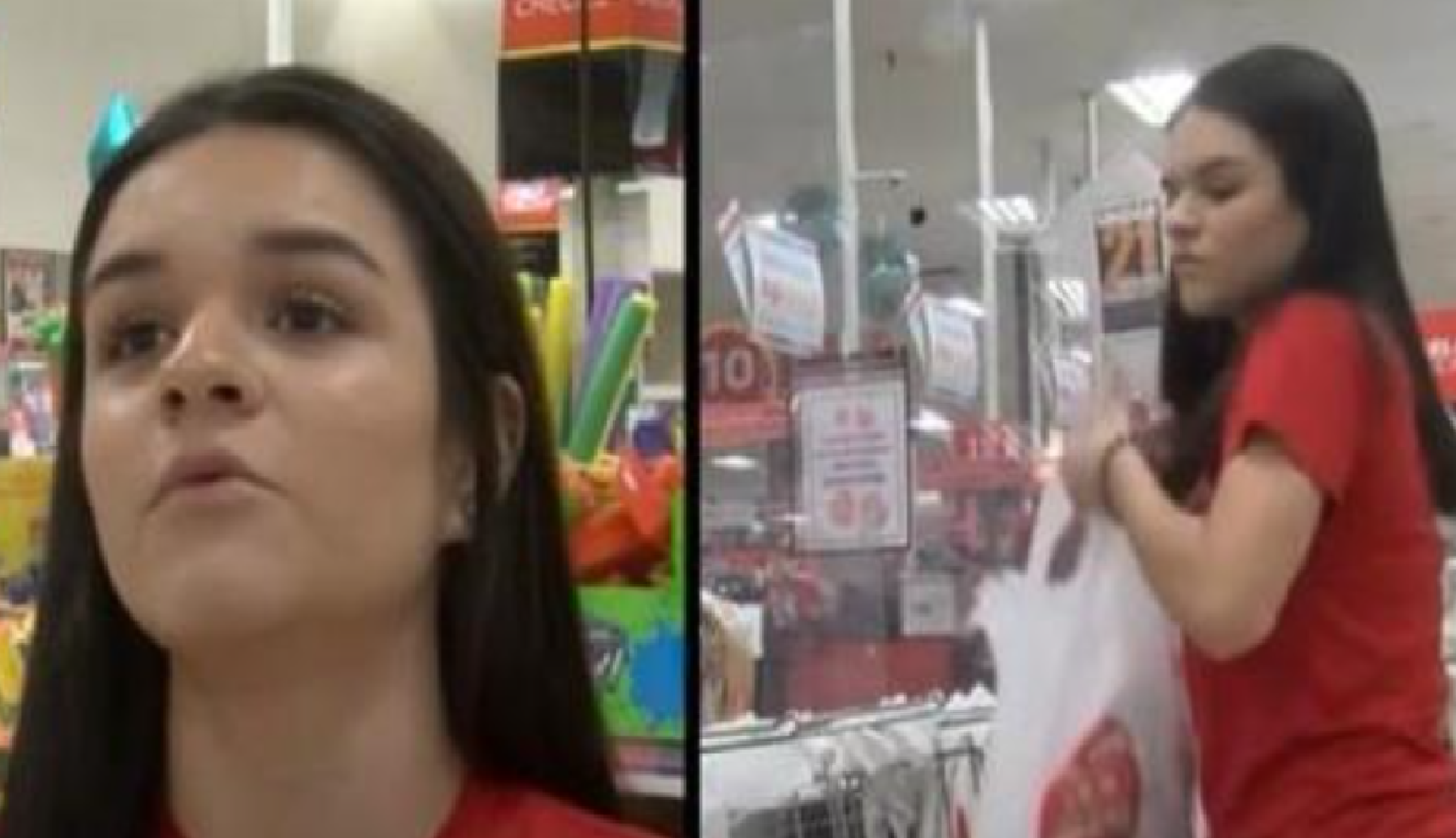 We’ve all been in a situation where the choice to do something selfless is clear and in front of us! If we are honest, we don’t always rise to the occasion, do we? Well, for one grocery store employee, that occasion came up and she decided to do what she could to help. That small act of kindness ended up resonating with thousands of people who were astonished by her actions.

Maria Balboa works at HEB, a local grocery store chain in Texas. One day, she noticed a woman that needed help.

Maria is a bagger at HEB and was just bagging groceries up like usual when she noticed something going on. A woman had come to check out alongside her two grandkids and had run into a problem. The woman was paying with a SNAP card and only had $19 remaining while her groceries had rung up to more than $137.
The woman paying with SNAP began to put groceries back into the cart to return, except for the items she desperately needed for dinner that night.

Not having enough money for food is a pain that too many people experience in the United States. For this grandmother, it wasn’t just that she was struggling, but that it was such a public announcement of her tough situation, even if people were being kind about it. Maria, however, knew that something needed to be done.

Instead of watching on with pity and a lack of action, Maria made a decision.

“My heart felt for her and the two little boys. I asked the cashier what the remaining total was and she said it was $137. Immediately I heard a voice inside my head saying, ‘pay for the groceries,’” Maria Balboa wrote on Facebook.

In a moment that she explained as God’s prompting, she decided the buy the groceries for the woman. It wasn’t an easy decision for Maria to make the call in a moment like that, especially with the amount that it was. Not everybody can drop over $100 on a stranger, even if you feel prompted!
Still, a determined Maria told the grandmother that she was going to take care of things for her.

After paying, everything seemed to go back to normal for Maria and the rest of the cashiers. That was until Maria got a call from her manager to come to see him in his office. When she entered, she was handed a note that was written by the woman who she had paid for.

It explained how she was a grandmother taking care of her grandkids, and how they’d been struggling financially. She was extremely grateful for Maria’s act of kindness.

Shocked, Maria was then handed a check by her manager that was the exact amount that she had paid to help the woman.
“I get called into the managers office where I think I am in trouble. But no, he stated that there was a survey (picture attached) written about me by the lady whose groceries I paid for. Reading the survey made me tear up and I felt good about paying for the groceries. My managers were very proud of me and stated that, ‘We can’t teach someone to have heart.’ – Facebook, Maria Balboa.
The moment was a great reminder that no matter our circumstances, we can always be kind to someone, even if it’s small. Maria beautifully wrote in her post:

“Always be kind and do a good deed for someone when you can. It can be something as simple as holding the door open for a stranger or complimenting them. Good things done always come back in ways we may not even realize. Always be good to the people around you, because you never know what someone else might have going on.”