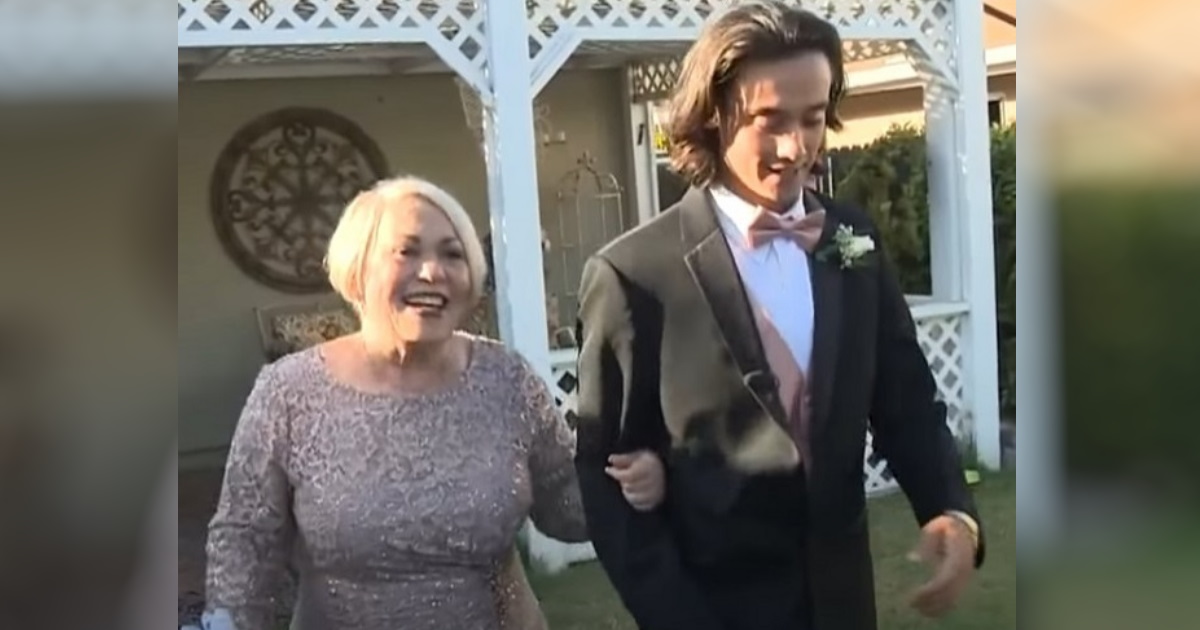 Remember when you attended prom? Let’s admit it. Prom night will always be something we won’t forget.This particular moment is probably one of the highlights of your teenage years, and what happened on this momentous night is something you will always keep in your memory and most likely share with your children when their own prom night comes
Apparently, one grandma did not get a chance to experience prom.18-year-old Michael Ganczewski was about to attend prom, but he did not have any date to take yet. While looking for “the one”, the young man heard from his grandmother Josephine that she never went to prom.

She did not have any memory of it because she did not have the chance.
This was big news to Michael, and he felt like his grandma didn’t deserve to never attend prom her whole life. Because of this, the young man decided to do something for his beloved grandmother.

Michael turned down prom dates to bring his own grandmother to the event.
More than 50 years ago, Josephine had an opportunity to attend prom night. But things did not turn out well and eventually, Josephine had to miss her own prom night because her family couldn’t afford the event.

Now that she is a grandmother, never did she imagine that she would still have the chance to be at a school prom. And this moment was made for her by none other than her own grandson, Michael.

Josephine was moved by her grandson’s sweetness and accepted his invitation to the prom.
Josephine was a bit shy and reluctant at first, but the beautiful elderly woman accepted her grandson’s invitation eventually.
“I said I’m an old lady. I’m not going to the prom,” she told KCAL 9 News, “He’s gorgeous, he could take a lot of pretty girls. And he said, ‘No, you’re going.’”
Michael was sure of what he was doing and he wanted to do this because he loved his grandmother so much.
“She is the most important woman in my life. If it wasn’t for her my mom wouldn’t be here and she wouldn’t have had me. And I love her and I’d do anything for her,” the young man said.
Michael’s sweet gesture for his grandma moved everyone in their city.
Josephine was glad to receive such an invitation, but she was most worried about dancing.

“Well, I don’t know any new dances but I plan to my best,” she shared.

On the night of the prom, Josephine wore her corsage proudly as she stood alongside her grandson who looked dashing in his tuxedo. They went to the Vineyards in Simi Valley, the venue of the prom.
Josephine and Michael took photos and lots of selfies.
Michael’s mom is proud of her son and is very happy to know that Michael is a loving and kind young man.

“For the rest of my life, however long that is, I will never forget that he wanted to bring his Nana and show me a good time, ” she said, “That to me is very special.”

And just when it seems like the event couldn’t have been more special – Josephine even won the title of prom queen!