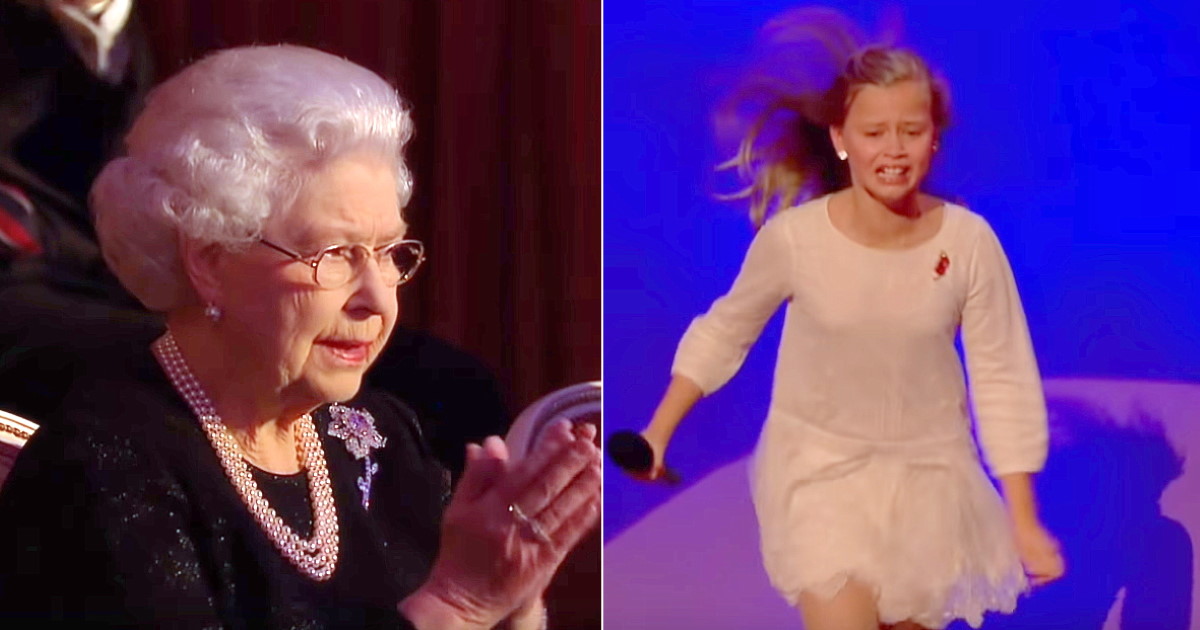 Fathers who join the military sacrifice so much of their lives with their families to fight for their country.If you ask any member of a military family and they will all tell you, it is never easy to live a military family life. It’s hard to be away from each other for months at a time with the constant worry that this time might be the last time they’ll see each other.
To recognize the efforts of Armed Forces families, Decca Records wanted to reward their sacrifice for the country.Decca Records organized a talent search among Armed Forces families in the UK. Children who had a father or sibling serving in the UK or overseas were qualified to enter the talent search.

From more than a thousand applicants, they brought the number down to 60. Eleven passed the live auditions to make it to the finals.

Five young girls made it through the intense search process to form The Poppy Girls.
The Poppy Girls include Megan Adams (10), Bethany Davey (15), Charlotte Mellor (17), Alice Milburn (13), and Florence Ransom (10). All of them have fathers in the military.

Megan began singing a year before the talent search. Her father, Lieutenant Commander William Adams, had been deployed for six months in the Indian Ocean base.
Bethany said she was “always too shy to sing in front of family, let alone an audience.”

Her father, Lance Corporal Dean Davey, had previously served the 9th/12th Royal Lancers and 151 (London) Transport Regiment, Royal Logistics Corps.
Charlotte is only 17 but has already lived in eight different places.
And it’s because her father, Wing Commander Paul Mellor, was always given RAF assignments in different places. She eventually settled in a more grounded life at a boarding school in Cambridge.

Alice has always been musical.“I first started singing, apparently, before I could talk,” she said.

American singer-songwriter Regina Spektor wrote the song called “The Call (No Need To Say Goodbye)” for The Poppy Girls’ debut single.
They performed the song for the first time during the Royal British Legion’s Festival of Remembrance. Queen Elizabeth II was among the special guests present to watch the debut of The Poppy Girls.
“This is a hauntingly beautiful track sung by a group of girls who know what it means to have family members constantly placed in harm’s way,” Charles Byrne, head of fundraising at the Royal British Legion, told The Telegraph.

Decca Records created the singing group and produced the song as a way of saying thank you to all the men and women who sacrificed their lives and families for their country.

They aimed for the song to raise £80M for the Royal British Legion.
The Royal British Legion is a British charity founded in 1921. They offer financial, social and emotional support for the men and women who served and currently serve in the Royal Navy, British Army, and the Royal Air Force, and their families.
Every year, on the second Sunday of November, they commemorate the end of World War One with Remembrance Sunday.
Marching bands, parades, church services, and wreath and poppy laying take place on this day while the Festival of Remembrance happens during the evening. At 11 am on this day, everybody stops and joins in silence to remember lost heroes of war.