Teen Returns Lost Wallet To Veteran, Soon Gets Text From His Mother 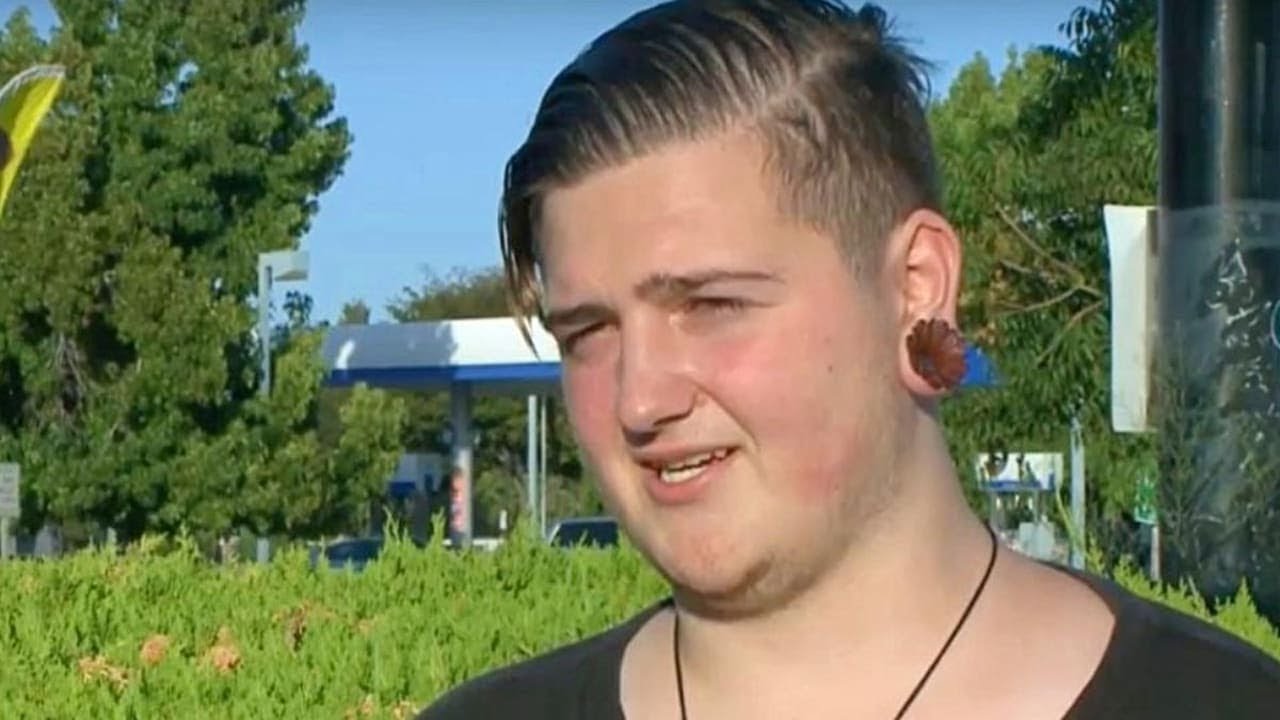 When a teen found a veteran’s lost wallet, which contained $2,300, he immediately returned it. A short time later, he received a text from his mother.Tommy O’Connor, a senior at Irvington High School, was leaving a 7-Eleven in Fremont, California when he found himself in the middle of a “What would you do?” moment.
After buying a soda at the convenience store, the teen noticed a wallet on the ground as he was headed back to class at Irvington.When he picked it up and looked inside, he saw $100 bills — lots of them. Although Tommy didn’t count the money at the time, it was later determined that the wallet contained $2,300 in cash.

Staring at the wad of cash, Tommy was faced with a choice between attempting to return the wallet to its rightful owner or going on a shopping spree.

Luckily for one veteran, Tommy didn’t hesitate to make the right decision that fateful Tuesday. Doing the right thing was the only option — but, there was a problem. Tommy couldn’t find the name of the owner inside the wallet. But, he still wouldn’t consider pocketing the money.

Instead, Tommy took the wallet and cash to his paraeducator, Anna Gomez, at school. “He was so concerned about finding the wallet’s owner,” Gomez recalled. “No other option even occurred to him. He immediately knew what he had to do.”

“I didn’t count it when I saw it,” Tommy said. “I just thought it was probably someone’s rent or something,” he added. As Gomez went through the wallet, the pair discovered it contained 23 $100 dollar bills, but Tommy never considered doing anything but the right thing.

Eventually, a Veteran’s Identification Card was located in the wallet, revealing its owner’s name and that he was a military veteran. Tommy O’Connor and Anna Gomez consulted with Irvington Principal Sarah Smoot, who assisted in making contact with the vet to return the wallet.

After the wallet and money was returned, the unnamed but grateful owner confirmed that the cash was indeed for his rent and happily rewarded Tommy with $50. But, there’s so much more to Tommy’s story. And, his parents have every reason to be proud.

Tommy had a huge reason to be tempted by the cash. The day before finding the wallet, the teen, whose family lives paycheck to paycheck, didn’t even have money of his own for lunch. “With us living month-to-month, it is a big chunk of money and I’m so proud of him that he did that,” Ron O’Connor, Tommy’s father, told KPIX 5.

Hearing what her son had done, Tommy’s mother sent him a heartfelt text, but it was his response that speaks volumes about the teen’s character. “I’m very proud of you son,” Sherry O’Connor’s texted to Tommy read. “Ms. Kalra called me. Wow your one in a million. Love you to the moon and back.”

Not willing to take the credit, Tommy replied, “You should be thanking yourself. You raised me.” And, even as the local news heaped praise on the California teen, he remained humble. “It’s just doing something I wish everyone else would do,” Tommy said, according to CBS Local.

But, Tommy’s parents know that he could have easily decided to keep the cash and are rightfully proud that, even during their own struggles, their son wasn’t tempted and his conscience didn’t waiver. “I’m just proud that he did the right thing, and hopefully all of my children would’ve done the same thing,” Ron O’Connor said.

Apparently, though, this is just who Tommy O’Connor is. “Tommy has always been that kind of person — he’s very empathetic to other students,” said Irvington physical science teacher Dipa Kalra, who’s also one of Tommy’s instructors. “I called his mother and told her she should be proud. He never thought of himself, only what the wallet’s owner was feeling.”

And, that’s what we call empathy — the ability to understand and share the feelings of another. It goes hand in hand with compassion, but sadly, it’s becoming rare in a world that’s increasingly self-centered and self-obsessed. Armed with self-indulgent tools like social media, many in our society, especially our youth, focus on their own importance, issues, and needs, hoping to elevate their own situation. Tommy could have done that and made himself a couple of thousand dollars richer, but he didn’t.