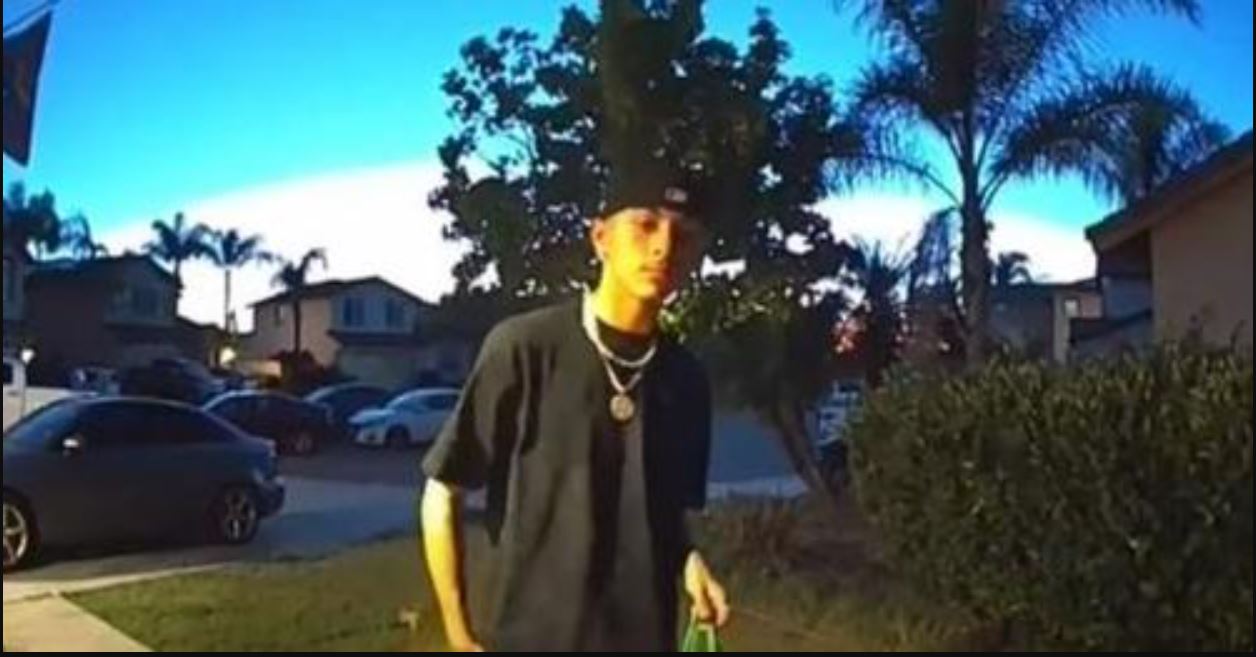 This is why everyone should have integrity…you just never know.
In this world filled with crimes and bad guys, hearing a story about pure acts of kindness is truly a breath of fresh air.

This is exactly what this certain story will make you feel.

Melina Marquez, a resident from California, lost her purse.

On the same day, a teenage boy found her purse in a grocery store shopping cart. What’s surprising is that this youngster ended up ringing her doorbell.
17-year-old boy returns woman’s lost purse and receives $14K in return
Inside the purse was a driver’s license which belonged to Eliana Martin, a friend who she used to be housemates with. Fortunately, she had not updated her address yet during the time of the incident.

“So my aunt heard the ring go off so she opened the door and receives the purse,” she narrated. “She was a little confused.”

The surveillance camera caught the guy explaining the bag was “in the parking lot” before respectfully driving off.

Melina wasn’t able to see this Good Samaritan.
“So I asked my aunt, I said ‘Did you get his name or did you at least give him 20 bucks?’” Melina recalled. “And she’s like ‘No, I didn’t know!’”

At that moment, Melina knew that she needed to find this pure-hearted person. So she posted the CCTV video of the teenage guy on social media in the hopes of locating him. Surprisingly, a lot of people in San Diego ended up spreading the post.

Then, 17-year-old Adrian Rodriguez showed up.
He identified himself as the good kid who went out of his way to return the purse. Of course, Melina had to ask why he ended up doing what he did, to which he answered: “My mom has told me since I was little to always do the right thing even when no one’s watching.”

He also said that if he lost something, he’d also wish that someone would bring it back to him.

It’s clear as day that this boy was raised too well.
When people around Melina heard about this amazing story, they started reaching out and expressed their desires to reward Adrian.

Melina then started raising funds to reward him with a goal of $1000. As of today’s writing, the GoFundMe page has raised a total of $14,815. It’s incredible!

Goodness like this is rare, so everyone wanted to reward him.
“He could’ve just taken whatever was in the purse, you know. And he didn’t. He brought it back and I think this just speaks a lot about him,” Melina remarked.

A lot of donors also left comments praising the young man. One wrote, “It’s nice to see a young man with a strong moral code to do the right thing with no expectation of personal gain. You will go far in life, my friend.”

Indeed, he deserved all the money raised for him.
Kudos to Adrian’s parents for raising such a wonderful person. May this inspire all of us to always choose the right thing even if we have zero gains from it.