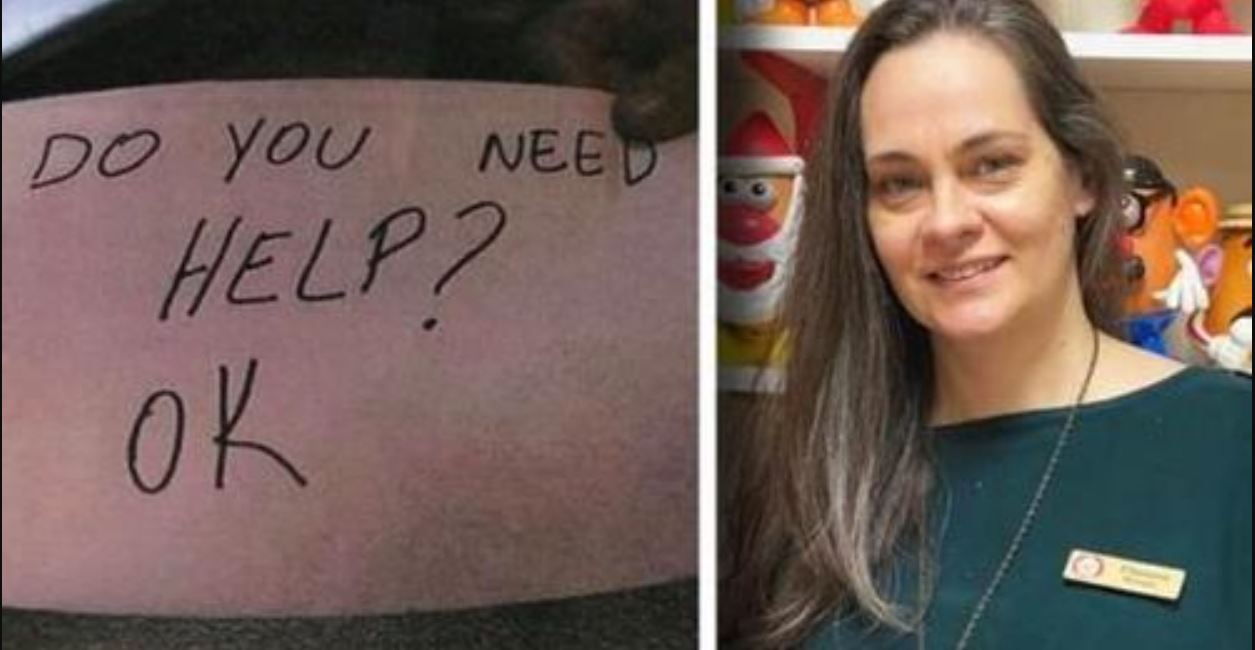 She noticed that one of the children looked malnourished and had bruises on his body. That’s when she came up with a plan.
You know how the police always try to encourage people to “say something” whenever they “see something” that seems to be off.

Indeed, if all of us stepped up and said something, intervened or called the police whenever we saw something that didn’t seem right, the world would be a better place.

This is what a manager at Mrs Potato restaurant in Orlando, Florida, thought some time ago, and decided to act when she saw that a young boy was in danger.
Restaurant worker secretly delivers note to boy and saves him from abusive parents
Roughly a year ago, on New Year’s Day, a family of four arrived at the restaurant in order to grab dinner.

Restaurant manager Flaviane Carvalho noticed that one of the two children was super skinny, and he also didn’t order any food.

It seemed to her that the parents didn’t allow the child to order dinner, but when she asked if he would be okay, the couple said that the boy was fine and that he would have dinner later on at home.

Carvalho wasn’t convinced that they were telling her the truth. She had a gut feeling and something deep inside was telling her that things were not as the couple said.

So, she decided to write a message to the boy, asking him if he was okay.
Standing behind the parents, the woman held up a sign reading “Are you OK?” addressing the boy. When the boy nodded yes, Carvalho could have stopped trying, but she was sure that her instinct was not failing her.

In the meantime, she had also noticed that the boy had bruises on his body, and this was definitely not normal.
She called the restaurant owner, who agreed that she should call the police.

“We have some customers here with two kids. One of the kids is with a lot of bruises…”

Police soon arrived at the restaurant and arrested the stepfather, identified as Timothy Wilson II, 34, who was charged with child abuse.
The mother, Kristen Swann, was also arrested facing charges of child neglect.
The police said that the woman did the right thing and that everyone should do the same in similar situations.
Carvalho, later on, found out that the boy was doing better, he was taken care of and had gained some weight. She was very happy about it.

“I plan to be in touch him if I can. To me it’s like he was born on my heart that night, so I really like to track his life and always at least knowing how it’s going and being in touch with him for the rest of my life,” she said.

The connection that she felt she had with this boy was indescribable.

It’s so heartwarming to realize that there are still good samaritans out there, ready to help someone in need.