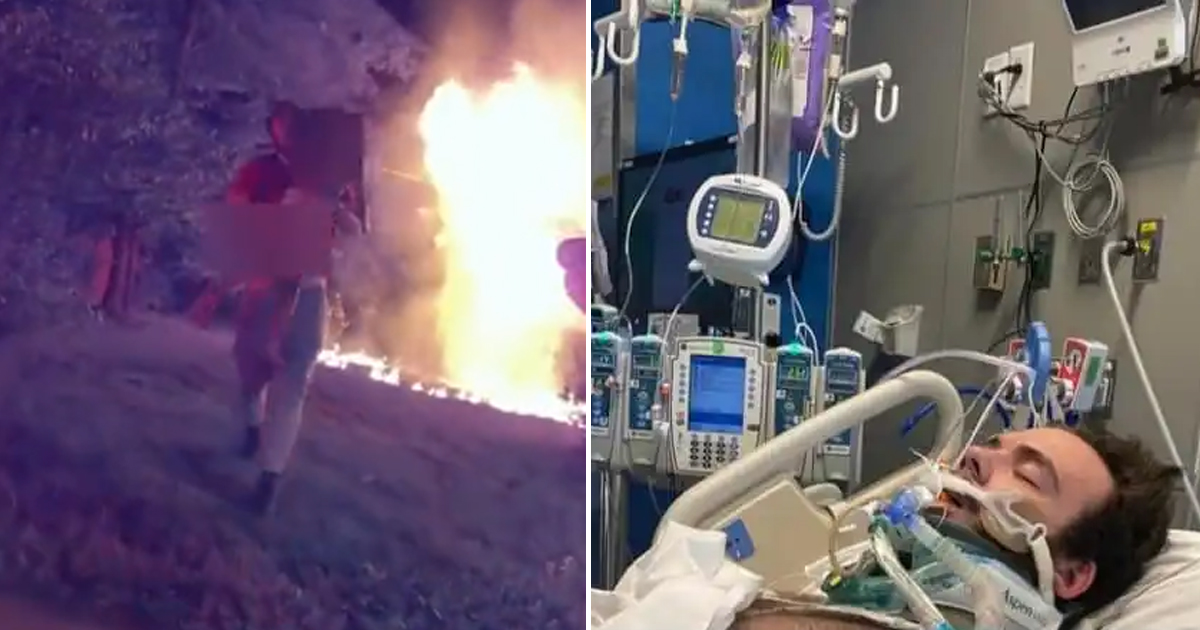 25-year-old Nicholas “Nick” Bostic is a pizza delivery driver from Indiana. He was out driving at 12:30 a.m. when he saw a small fire coming from a two-story house.

Nick stopped and reversed to get a better look then tried waving down another passing driver to no luck.

Bostic made his way inside the house. The lights were on and it looked like the place had been evacuated.

Nick yelled again then went up the stairs when he saw four people coming down.
David and Tiera Barrett left 30 minutes earlier for date night. It was their 18-year-old daughter who woke her siblings up when the place caught fire.

Nick turned to leave with the kids through the back door.
That’s when they told him their 6-year-old sibling was still inside.
Nick rushed to the second floor, going from room to room, checking every possible space a kid could hide in.

“Anywhere I could think,” he recalled. “I mean, I was high-tailing it, 110%. It started to get hard to see, because the smoke was getting bad. … I don’t know how to explain it, but it was like I accepted I was going to probably die, right there, that night. But it was a weird calm. You just got to work as fast as you can.”
Then he heard crying from the first floor.
Nick couldn’t see with all the smoke so he pulled his shirt up around his mouth and closed his eyes.

Nick found the kid and put her against his shoulder. He wanted to find the front or back door, but he couldn’t see until he looked upstairs and saw some light.
He found a second-floor bedroom so he punched the glass many times before breaking the pane.

Nick didn’t know how high up they were but he had no choice.
Nick took the jump and landed on his right side. He injured his backside, arm, and ankle. He absorbed the impact for the little girl, and it worked because she “was miraculously mostly uninjured.”
Police footage shows Nick bringing the girl to an officer at 12:36 a.m. He asked for oxygen and asked if the girl was okay.

The police applied a tourniquet to his bleeding arm, then took him to Franciscan Health Hospital in Lafayette. Nick was then transferred to Eskenazi in Indianapolis.

Nick had severe smoke inhalation with cuts to his arm from punching the glass.
Everyone inside the house got out without injuries. Buffy, the family dog, was rescued by EMTs.

David and Tiera thanked Nick and the rest of the community for saving their kids. David even says Nick is now part of the family, with dinner plans soon made together.

According to the fire department, the fire started from ashes emptied into a bucket on the porch.
Nick will be honored at a Lafayette Aviators game come August 2. Tickets with the code FUND2022 goes to a GoFundMe account for Nick’s medical expenses.