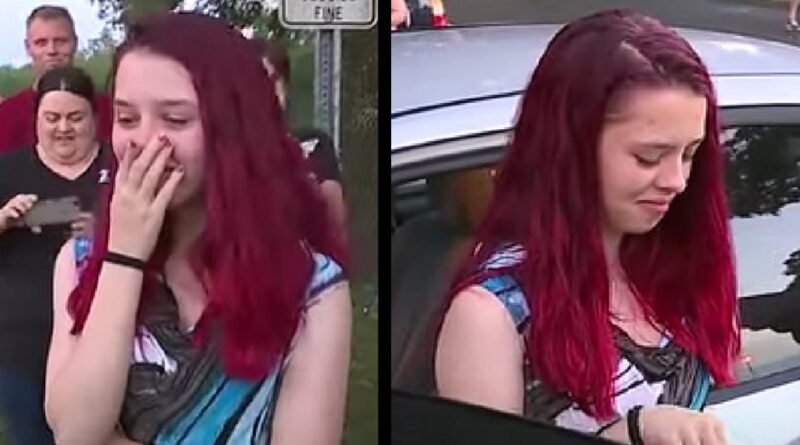 Many people who grew up without money or access to privilege often have to work harder than their peers and find alternative means of support. To succeed under these circumstances is hard, and that’s part of the reason why people want to celebrate someone who has managed to turn their life around.

One teen in Florida, Asria Canada, worked tirelessly to do well in school and provide for herself. It was a hard and lonely time, but when other people in the community heard about her experience, they wanted to do something to help show their belief in her.She had essentially been on her own since age 14.

Asria grew up outside Tampa, Florida, in a poor family. Because her family wasn’t able to provide her with things she needed, she often had to turn to friends or rely on herself. For a large part of her adolescence, she slept on friends couches instead of at home, which she felt she had to do.

Things were difficult but Asria wasn’t letting her present challenges get in the way of her future success.

Although she was facing circumstances that no one should have to deal with, Asria was determined to set herself up for a better future. She knew that doing well in school and getting a job would help to change her life. She tells ABC Action News:

“I was going through so many hardships, but I still tried. I was able to succeed, get good grades and pass and graduate high school…Once I turned 16, I got my first job two weeks later. I have been working every year and trying to get my own place and actually be able to support myself.”

Her determination had gotten her so far, so when a local nonprofit heard about her story, they wanted to do something to help support her.
Marjorie’s Hope is a nonprofit that works to support children with the items and tools they need to make their lives better. This organization worked with local vendors to gift Asria a car. They decided on a car because it would help her commute between work and school more easily, so that she could continue to do the hard work she needed to do.

Marjorie’s Hope decided that Asria was a worthy recipient of the Kathy Steiniger Memorial Scholarship, which is worth $2,000. Debi Shackowsky, executive director of Marjorie’s Hope says:

“Her story just touched our hearts and to have that much tenacity and perseverance. She’s been on her own since the age of 14 and couch hopped and sometimes didn’t know how she was even going to get to school.”

Due to her own perseverance, and the support and help she has received along the way, Asria now has plans to go to college.

She wants to go to Pasco-Hernando State College and hopes to study to become a meteorologist. She prides herself on the hard work she put in to beat the odds and to build a life for herself that was better than she could have imagined. The support she received from the community will go a long way to making these dreams become reality.