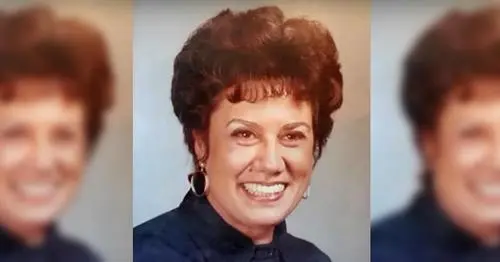 As the backbone of society, teachers work hard for little pay to educate the next generation of thinkers. Low salaries, however, make it difficult for many teachers to pay their own bills. Sadly, this was the case at one school in Dumont, New Jersey, but they got a shocking surprise when a beloved teacher passed away.

Genevieve Via Cava of Dumont, New Jersey, taught special education for 45 years. She continued to visit her former school district and former students even after her retirement in the ’90s, CNN reported.

In addition to clipping coupons, not wearing flashy clothes, and having no close family, she was known for her frugal ways.
Genevieve retired from teaching in 1990, but she remained active in the school community. In 2011, she passed away at the age of 88.

Her contributions to the school didn’t end there. A $1 million check was presented to Dumont Public Schools earlier this year by the estate of Genevieve Via Cava, a beloved instructor.

During her teaching career, she saved enough money through her frugal living, which she had learned growing up during the Great Depression.
Via Cava’s gift has been described as a “blessing” by school superintendent Emanuele Triggiano.
Via Cava often told Triggiano about her passion for her students and how much she enjoyed working at Dumont.

“She quietly told me one day she had accumulated a large sum of money and was planning to donate it,” said Triggiano, who was pleased but didn’t give it much thought.

Triggiano told NorthJersey.com that Via Cava’s money will help special-needs students pursue post-secondary education. A yearly award of up to $25,000 will be given to one student.