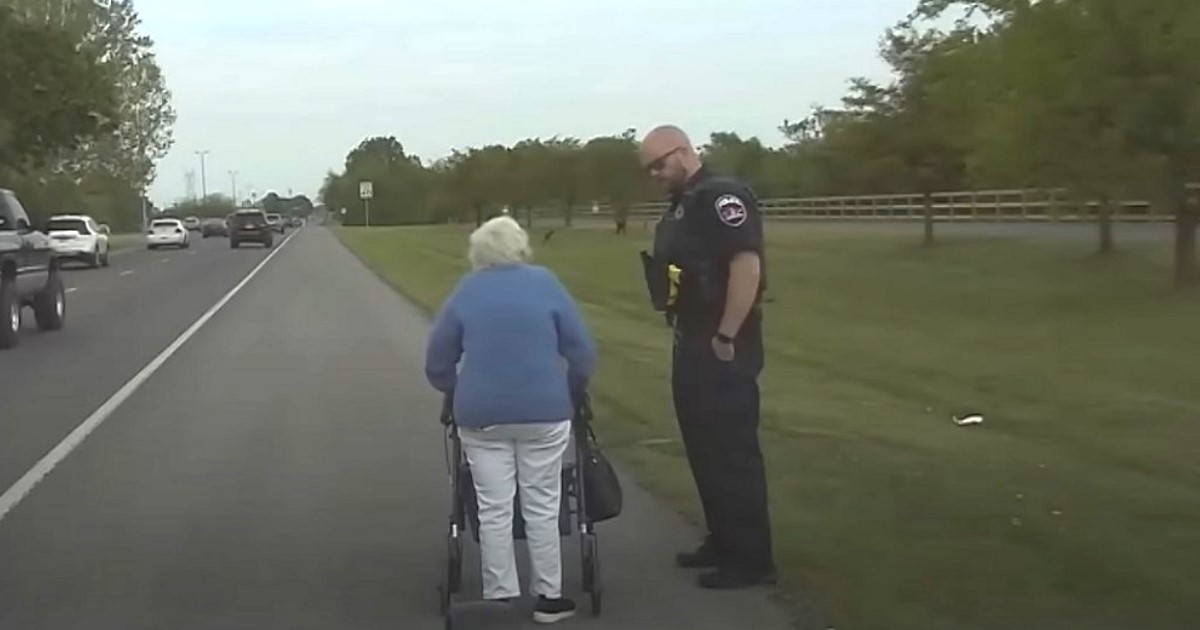 When officer Lance Hofmeister’s grandmother passed away a couple of years ago, he felt that he lost a part of himself, he lost part of his childhood and his heart was broken.

It is true that grandparents and all that they symbolize cannot be replaced. Especially if they are close to their grandchildren growing up, the memories they create together help build a bond that cannot be broken. Not even after the grandparents pass away.

For Lance Hofmeister, losing his beloved grandmother was heartbreaking, but he was meant to meet someone who would bring back some of the sweetness his grandma had.

One day, Officer Hofmeister with Murfreesboro Police Department was on patrol around town, when he saw an elderly lady walking on the side of the road.

“I was driving down Old Fort Parkway and noticed what appeared to be a senior citizen walking down the highway with her walker,” he told WSMV.

He didn’t know whether the woman was fine, lost, or needed help, so he decided to pull over to see if she needed anything.

The elderly lady, who turned out to be 84-year-old Elizabeth Goode, explained that she had earlier taken the bus and was trying to get to her hair appointment on foot.

The officer knew that for the senior, walking another mile up the road would not be an easy thing to do, so he offered to give her a ride.

The woman didn’t know how to thank him. So, she got into the car and Officer Hofmeister gave her a lift to Mitchell Hair School.
The officer was extra careful when he handled the elderly lady, and he even chatted with her while driving her to the appointment.

Talking to a local news source, he admitted that Goode reminded him of his late grandmother.

“I lost my grandmother a couple of years back, and it just gave me that feeling all over again of just the sincere nostalgic – it was a great feeling,” Officer Hofmeister said.

The whole thing would have gone unnoticed if it weren’t for a TikTok user who posted a video of the officer accompanying the elderly lady to the hair salon.
User sarahmarie988 posted the video and it soon went viral.

Almost 4,000 people have liked the video already, while more than 100 have commented.

“Thank you for posting this. My husband works with him. He is truly an amazing cop,” someone wrote, while another user, who seems to be this cop’s friend, commented: “Not surprised at all! Hoff is a man of the highest character. Proud to call him a friend.”

It’s great to see there’s still good in people. While there are horrible things happening out there, it is uplifting that many of our officers are so kind and helpful, especially when it comes to third-age citizens.

What a heartwarming story, and what a sweet encounter.