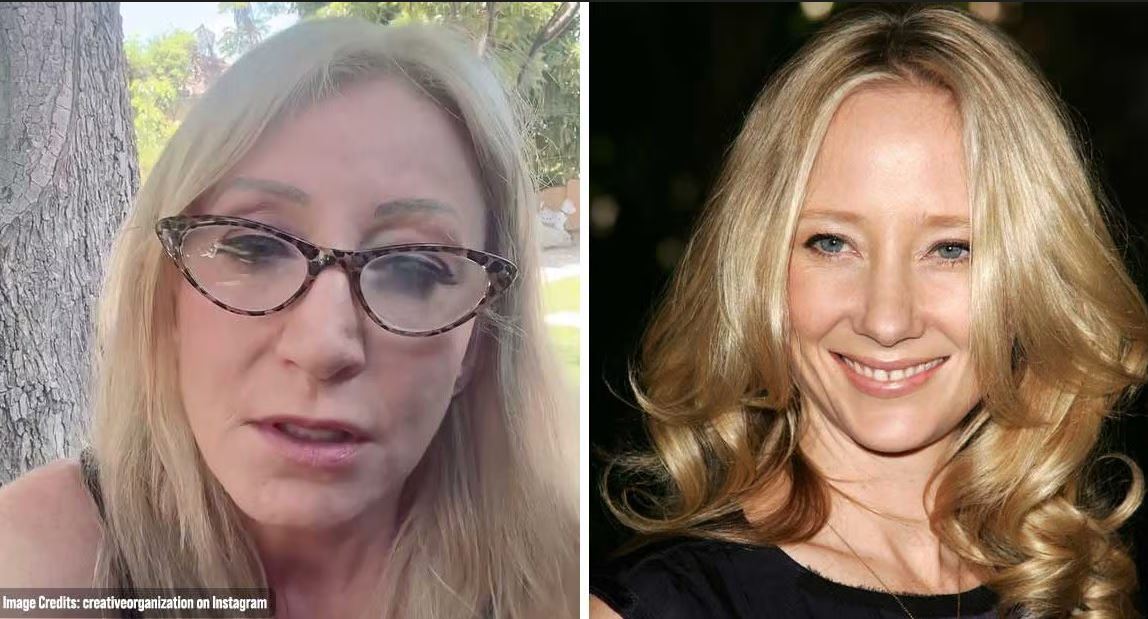 53-year-old Anne Heche, who met with a terrible accident last week in Los Angeles, passed away yesterday after being declared brain dead by the doctors.

As reported by TMZ, a representative for the actress confirmed the actress was brain dead, which is a legal death in California.

“We have lost a bright light, a kind and most joyful soul, a loving mother, and a loyal friend,” the representative said. “Anne will be deeply missed, but she lives on through her beautiful sons, her iconic body of work, and her passionate advocacy. Her bravery for always standing in her truth, spreading her message of love and acceptance, will continue to have a lasting impact.”

After crashing her car into a house on Walgrove Avenue in West Los Angeles on August 5, 2022, the actress was taken to the hospital immediately. Earlier reports said she had several burn injuries as her car ‘burst into flames.’

The house Anne crashed her car into was destroyed entirely, and the house owner ‘narrowly escaped.’

Lynne Mishele was in her house when Anne’s car crashed, and a fire broke out and got out of control.

Her neighbor, Roy Morgen, told CNN officials, “Heche’s car stopped about two feet away from where Mishele was sitting.”

“She was pretty lucky. She’s in shock… it still hasn’t hit her yet. There’s nothing left in the house. Everything was ruined.”

Yesterday after Heche’s death, Lynn posted a video on Instagram and expressed her grievances about her tragic passing and sent condolences to her children.

“[They] really have suffered a great loss, and my heart goes out for them,” she said in her video. “This entire situation is tragic, and there really are just no words.”

“I’m sending love to everybody involved.”

According to People, she also posted a video clip on Thursday in which she spoke about the accident and thanked everyone for supporting her in this difficult time.

“It’s obviously been the most insane, traumatic time, confusing … eventually [I’ll] try to get back to everybody and try to read everybody’s comments. Thank you, everybody, from the bottom of my heart. It’s really, truly overwhelming. You guys really have impacted my life in a really profound way, so thank you so much, and I will keep you updated.”

After the accident, Mishele’s neighbors, John and Jennifer Durand, started a GoFundMe in her name to help her with the rebuilding of her house.

The fundraiser description read, “Lynne lives with her beautiful pups Bree and Rueban, and tortoise Marley in the Mar Vista home that was destroyed this week by a car driving into the home at a high rate of speed, catching the house on fire. “

“Lynne and her family very narrowly escaped physical harm, and for that, we are very, very grateful. The home, however, was completely burned.”

“Lynne lost her entire lifetime of possessions, mementos, all equipment for her business. With firefighters’ help, she was able to pull a few damaged sentimental belongings from the wreckage. Everything else is gone.”

People reported that, a few days ago, Mishele’s lawyer stated on her behalf, “Ms. Mishele is devastated by what happened to her on Friday — not only because she and her pets almost lost their lives, but because all of her property, including items of profound sentimental value, were destroyed. She asks for privacy at this incredibly difficult time.”