Soldier reunites with stray dog he met in Iraq 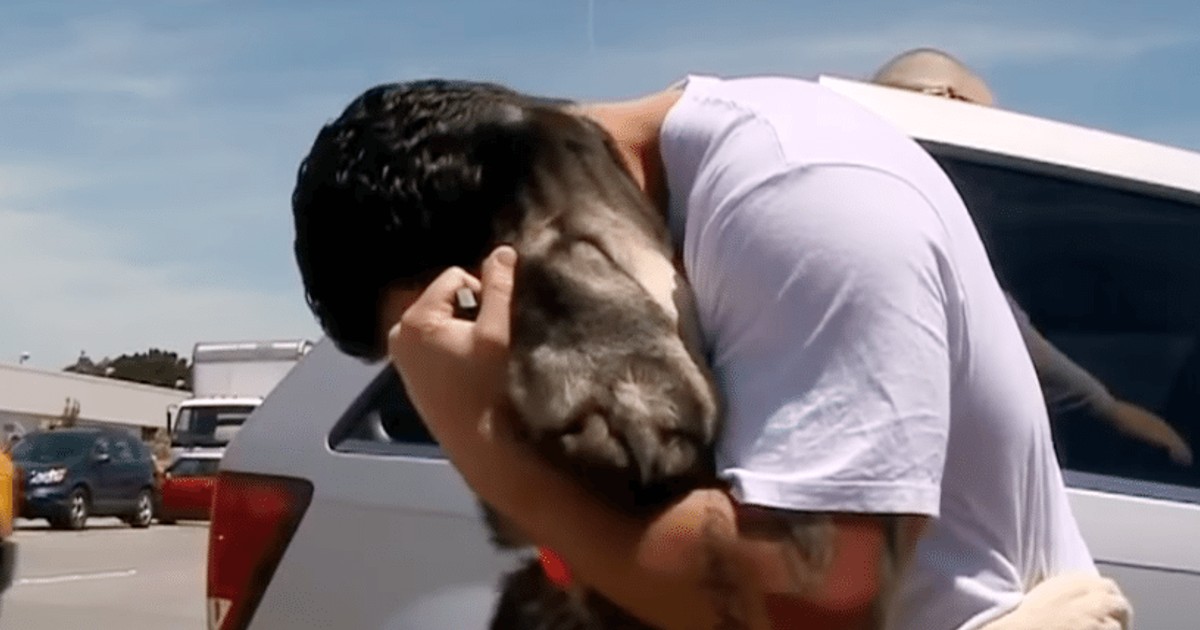 A man named Ken Wyrsch spent months as a soldier in Iraq. Wyrsch had previously served in the Armed Forces, but for this particular job, he was there as a volunteer. The job was difficult and very high-stress.

But thankfully, at the end of the day, Wyrsch could go back to camp and unwind with a stray dog named Ollie.

Wyrsch and his fellow soldiers all fell in love with Ollie. The cute dog was only a puppy when Wyrsch met him, and he was as joyful and happy as could be.
The soldiers all raised Ollie together, and he became the camp’s mascot.

:
While all the soldiers loved Ollie, Wyrsch was closest to him. And so, Wyrsch took it the hardest when he learned that the camp was shutting down and the unit was disbanding.

Wyrsch was heartbroken when he learned this meant Ollie would go back on the streets. Wyrsch went back to America, but he never stopped thinking about Ollie.

He knew he had to get Ollie out of Iraq and into his home.
“You don’t leave a friend behind. You can’t do it,” Wyrsch says.

Wyrsch contacted SPCA International and asked for help getting Ollie to America. The SPCA agreed to help.

The SPCA and Wyrsch started collecting donations—they needed thousands of dollars to get Ollie from Iraq to San Francisco. The story touched many peoples’ hearts, and they were able to raise the money they needed.

Soon, Ollie was out of Iraq and on his way to San Francisco, where Wyrsch was waiting for him. About a month after Wyrsch left Iraq, Ollie arrived in America. Wyrsch met him at the airport.

When Ollie saw Wyrsch, he immediately jumped on his friend and started licking his face. He was so happy to see him!

Wyrsch was just as excited to see Ollie. He hugged the dog as Ollie kept licking him. These two friends would never be apart again!

Since arriving in San Francisco, Ollie and Wyrsch have gone on tons of adventures together. Wyrsch and Ollie love going on long drives—Ollie has made himself at home in Wyrsch’s backseat.

Ollie has also gone with Wyrsch to some of his favorite stores. Everyone is always so excited to meet Ollie!

The two best buddies also simply enjoy relaxing together at home and watching the sunset together. They simply love being together.