Studies Show Dogs Can Tell Whether Someone Is Trustworthy 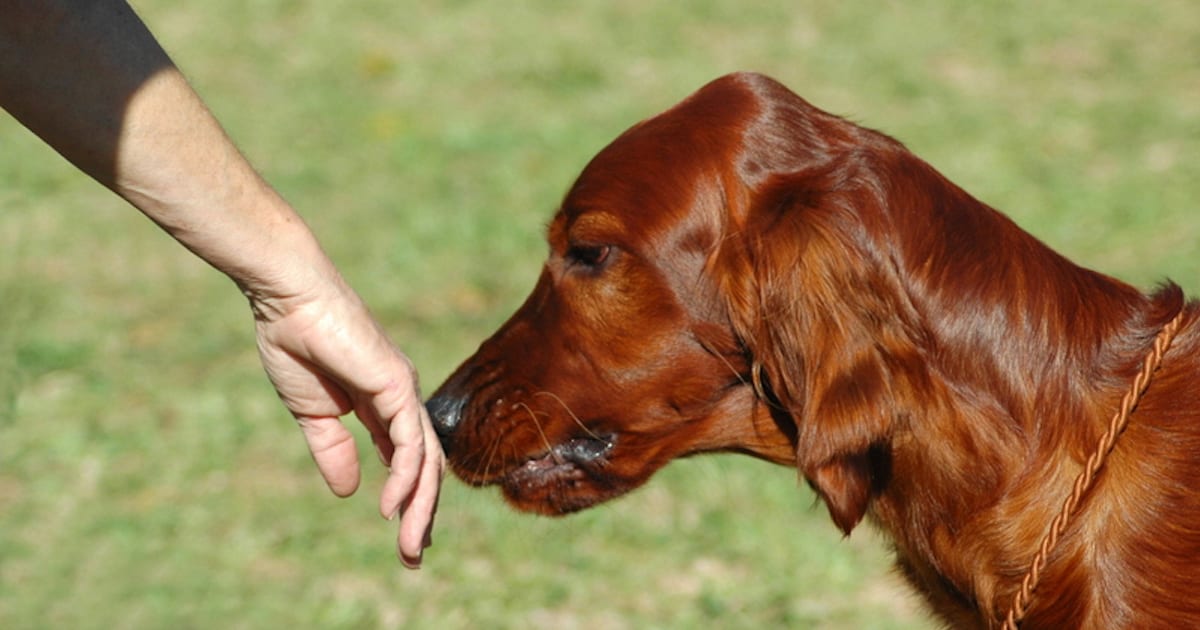 It’s always been said that dogs are a good judge of character. If our dog meets someone new and has a bad reaction, oftentimes we become immediately suspicious of that person. Some people won’t even date a person if their dog doesn’t like them. Is that taking things too far? Depends on who you ask.

Although whether it is right or wrong is up for debate, it’s clear that many of us really put a lot of trust in our pets’ opinions, and now much to pet owners’ elation, studies are confirming that this might not be such a bad idea after all.

It’s common knowledge that dogs have been known to follow pointing gestures.
If a human points at something, dogs understand that the person is trying to direct their attention to whatever is being pointed at. They are smart like that.

However, a different study decided to take a new factor into account — the reliability of the person doing the pointing.

“Dogs are known to consistently follow human pointing gestures. In this study, we asked whether dogs ‘automatically’ do this or whether they flexibly adjust their behavior depending upon the reliability of the pointer, demonstrated in an immediately preceding event, ” the study abstract reads.

In other words, they wanted to determine whether a dog will change its behavior based on whether they trust a person or not. They did several rounds of testing, where a person would point at either a container with a treat in it or one that was empty. In both cases, the dog would run to the container after the human pointed to check things out.

What they found was that if a person consistently directed a dog to a container without a treat, the dog would lose trust in the person and stop listening. However, they would consistently maintain trust in the scientist whose pointing led to them getting a treat.

The conclusion of the study was that dogs are able to make accurate inferences about the reliability of a person, and then modify their behavior accordingly.

Another study completed confirmed that dogs can also tell if a human is being rude to another person.
In this study, a dog owner asked one of two researchers for help with opening a jar — one researcher would assist, and the other researcher, when asked, would flat out refuse. The dog would observe the interaction. Then afterward, the two researchers would both offer the dog a treat.

What they found is that the dog was more likely to accept a treat from the helpful researcher, and deny the researcher who had rudely refused to help their owner.

What this means is that not only can dogs tell if a human is untrustworthy, they also show a good understanding of human social norms and will generally avoid people who treat their owners badly.
It has even been proven that dogs can tell the difference between happy and angry faces, although it hasn’t yet been decided if they actually understand the meaning of the difference. However, we would be willing to bet that they do. Throughout human history, humans and dogs have always shared a very special bond with one another.

Really, the more you look into these various studies, the more obvious it becomes that dogs are actually very perceptive animals.

They are very good at picking up on social cues and deciphering human gestures.

So, when people say that dogs are a good judge of character, there may definitely be something to that statement.
In fact, trusting in our canine friends’ opinions of people might even be a good strategy. At the very least though, the next time your dog starts barking at someone, it is at least worth stopping for a second to consider the fact that maybe your dog sees something that you don’t.