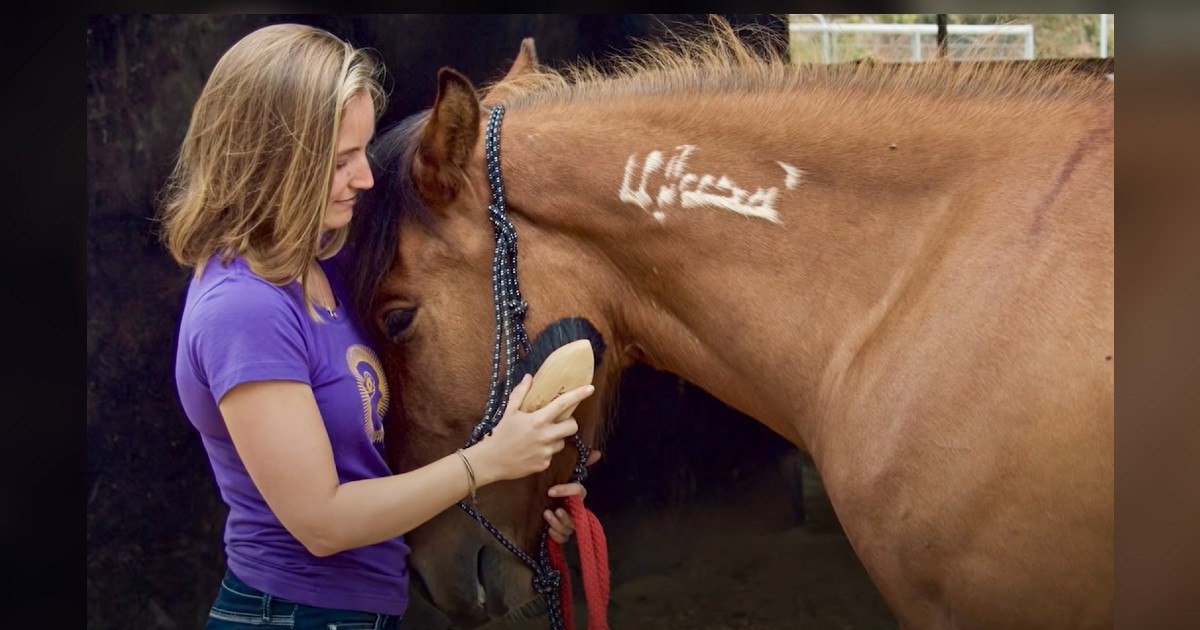 He knew from the very beginning that she was his home.

Mikko is a wild horse who was bred in captivity.

He was in a holding area for wild horses set up by the government. A ranch adopted him, but they were too busy to help him. All that changed when he met Emma.

Emma started visiting the ranch and spotted Mikko. She had a feeling that this horse needed her, so she came to the ranch often to help them take care of this poor horse.

But it wasn’t that easy for the two to form a bond.

At first, Mikko was very scared and would barely move an inch closer to Emma. She decided to stand still and see how he would react. Slowly, he walked toward her, and she considered that significant progress.

Their bond kept getting better each day. The little signs and steps showed how Mikko trusted Emma – by the way his ears perked up whenever he saw her or when he finally let her touch and pet him.

However, their happy days were cut short.

Emma visited the ranch once time, and she couldn’t find Mikko. They said they sold him because he was “too much work.” This devastated Emma not only because of the bond they had formed, but also because she knew that he only trusted her and no one else.

It took two years for Emma to find Mikko.

A friend emailed her a Craigslist ad for a horse who looked very skinny and scared. She looked closely and recognized that white marking on his side. It was Mikko!

She immediately made her way to him in a 12-hour drive per way. She wasn’t sure if he still recognized her, but the moment she walked in, he immediately noticed her and walked to her. He bumped his head on her chest, asking her to take him with her.

And she did. She drove him home with her.

Mikko was scared when he arrived at Emma’s barn. He ran in circles out of panic, and her touch made him shake. She tried to train him, but he always acted out around them. However, this didn’t dishearten her since she wanted what was best for dear Mikko.

Emma decided to train him herself. Little by little, Mikko became more comfortable around her and took commands. The most significant improvement was when he allowed her to put on a saddle on him and went for a ride.

As time passed, Mikko learned to love exploring the trail with her.

He showed a vast improvement in his personality from the day Emma saw him on that ranch. Their walks and rides to the woods were always fun whether she rode him or he walked closely beside her.

Mikko blended into their family so well. He lived harmoniously in a barn with Emma’s other horses, two dogs, and a pig. Her boyfriend, Max, is also a huge help and support system, especially when she wants to bring Mikko home.

This lovable horse was meant to be with Emma all along. Check out a video about Emma and Mikko here.