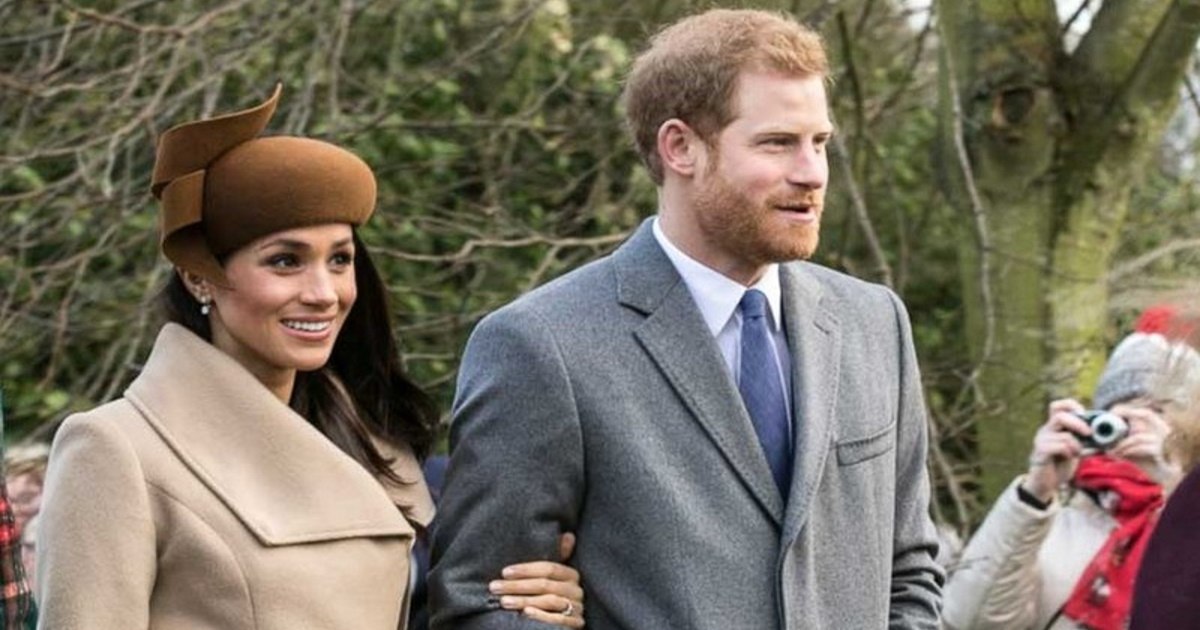 Most of us love a good rags-to-riches story, especially when it involves the underdog who escapes from the evil villain to live the rest of his or her life in the lap of luxury.

But to literally be curled up right at the foot of royalty? Now that’s some next-level doggone luck for this very fortunate beagle!

Meet Mama Mia, the newest addition to Prince Harry and Meghan Markle’s growing brood, who is now living a charmed at their sprawling California estate.

But, life wasn’t always this grand for this royal pup.
Mama Mia is actually one of 4,000 beagles that were famously rescued from the horrific Virginia dog-breeding plant run by Envigo.

This wasn’t even a regular puppy mill – the dogs were raised for the sole purpose of being used as laboratory test animals!
According to the Los Angeles Times, investigators from the Department of Justice who visited the research facility discovered “nightmarish” living conditions that included insufficient food, untreated medical conditions, and several hundred bodies just lying around with an unknown cause of death.

The government shut down the operation in July, but the dogs were no better off, as they were still imprisoned in their cages!

7-year-old Mama Mia, who lives up to her namesake of being a mama to several puppies, was one of 4,000 animals who were left behind.

She’s likely given birth several times over the years in that facility, only to have her little ones taken away and shipped off to who knows where.
Something to think about the next time you buy makeup, or pretty much anything that gets tested on animals.

Harry and Meghan, who already have a rescue beagle named Guy, jumped into action the moment they heard there were tons of beagles up for adoption.
And since they have a lush 7 acres of greenery surrounding their home in Montecito, their new doggy could do zoomies for days and still have plenty to explore.
Animal rights attorney Shannon Keith, who runs the Beagle Freedom Project, told the Times that the “duchess called me personally.” At first, Shannon didn’t actually realize which Meghan she was speaking to!

“She calls on my cell with no Caller ID and says, ‘Hey Shannon, this is Meghan.’ We talked for 30 minutes, and I thought, ‘Is this Megan Fox?’”

Meghan and Prince Harry, who were accompanied by two security guards, made an after-hours visit to her house to spend some time with the beagles.
But instead of picking out one of Mia’s 8 adorable puppies to take home, the couple instead fell in love with Mia herself!

“She was like ‘No, we don’t want a Christmas puppy…We want ones we can help who are older.’”
It’s widely known that puppies are much easier to find homes for, and Meghan wanted to adopt an older dog, to give them a chance at a good life. In this case, it was a fairytale “dog’s life” that Mama Mia was about to step into!

Watch the video here to learn more about Mama Mia, the floppy-eared Duchess of Montecito.