She Was Weighed Down By Chains And Crying For Help. Finally, Somebody Came Along To Rescue Her. 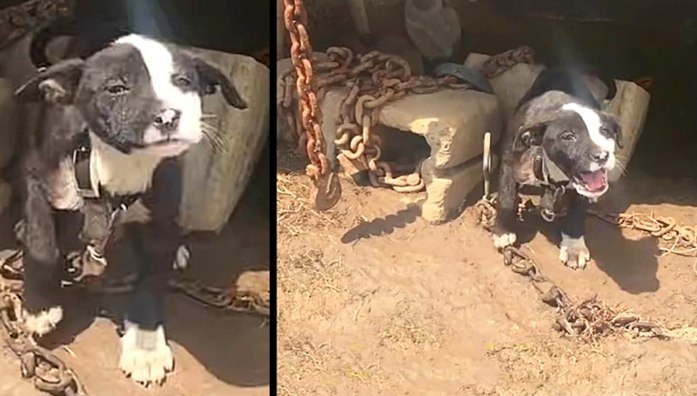 This little pup was tied with a chain that was twice as much as the dog. The poor pup was suffering from mange and internal parasites.

However, the story wasn’t that sad. Soon the rescuers from PETA arrived. They took the little pup to the vet. The pup let them do whatever they wanted and was wagging her tail.

The pup began to get her needed treatment. Her health was better soon and the rescue center found a new loving home for her. She was named Andie. Andie liked her new family and she hoped that no one would ever put her in the same awful situation.

You can watch the video here!