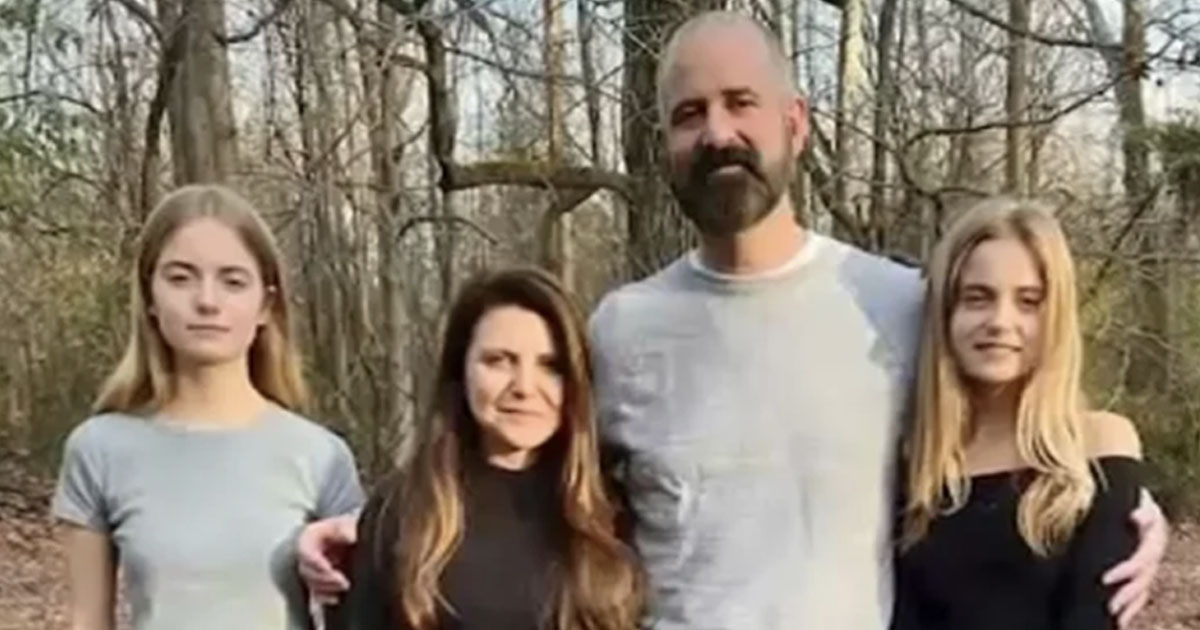 There is nothing more important than family, especially if you are a parent. The worst thing that can happen to you as a parent is any harm coming to your child.

This father is living through his worst nightmare, he lost both his children and his wife in the most tragic way…

David Dorsey’s entire world was turned upside down when he received the news of the accident that took everything that mattered away from him. “I don’t know what I’m going to do,” David Dorsey said. “They were my best friends. They were my motivation and my purpose and I’ll just have to find a way.”

David’s 41-year-old wife Renee Dorsey had taken their 14-year-old twin daughters on a trip to Rehoboth Beach in Delaware on Wednesday. The trip was a tradition for the three of them; something they would do to commemorate the death anniversary for Renee’s mother.

“They normally would spend a night at the hotel,” David explained, but this time it was different. He said, “But Parker and June didn’t want to miss school on a Thursday so they decided to make the trip home. And that’s when the accident happened.”

On Thursday, Nov. 30, at nighttime around 11:30 p.m., Renee was driving her 2020 Toyota Tacoma in the northbound lanes of I-495 on her from Delaware. Her twin daughters Parker and June were in the car as well.

At the same time, a 48-year-old man from Maryland, was driving southbound in the left northbound lane of I-495 in the route 13 area, according to the police.

David Dorsey was devastated at the news. “Going forward I don’t know what life looks like. My whole life was being a father and a husband,” the heartbroken man said.

David and Renee had been together since their youth, they had met at Drexel University. David described his late wife as “super mom” and “social butterfly.”

“Everyone that she met loved her instantly and she made fast friends with everyone,” he shared.

As for his daughters, he said while they were twins they had very different interests and personalities. He revealed that Parker was artistic and musical while June was athletic and loved ice hockey.

“Their relationship was one that even I didn’t fathom,” David said of his girls. “They had their own language.”

Both girls went to different high schools, June attended Central High School while Parker attended the Academy at Palumbo. They both wanted to pursue engineering one day much like their parents.

As David mourns this mammoth loss, he is seeking comfort the memories people share of his late family. “It just makes me happy to know that my daughters touched so many lives and I know Renee touched so many people,” he said.

On Monday night the Philadelphia Flyers paid a sweet tribute to his late wife and daughters before their game against the Colorado Avalanche.